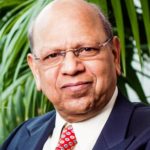 “Ranga” has been using IBM i and its predecessors in his entire IT professional career at Institut Jules Bordet, the Comprehensive Cancer Centre of the University of Brussels, Belgium.

Ranga has been an IBM Champion since 2012 and received a Lifetime Achievement Award of the IT Executive Circle, Belgium. He is President of COMMON Europe and Vice-President of COMMON Belgium. He is also Senior Advisor at the IT Executive Circle, a premier CIO think tank in Belgium. Ranga has been on the Common Europe Advisory Council (CEAC) since its launch in 1991 helping IBM shape the future of IBM i. He is a frequent speaker at national and international events.

With a doctorate in Biology, Ranga also had a previous academic career. Constant improvement of people’s quality of life through the informatics ecosystem is Ranga’s passion.

Vacant due to the sudden and sad demise of the incumbent 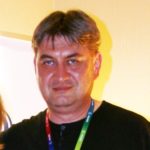 Piotr has been working with the IBM I since 1998 focusing on training, system management and technical support for biggest BP in Poland. He has a BS of Polish – Japanese Institute of Computer Science and numerous IBM’s certification.

He has been a member of Common Poland since 2002, a Board Member since 2013, and President since 2015. He has held the position of  Common Europe Treasurer since 2016. 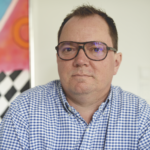 Jesper is the IT Manager for HT BENDIX A/S in Denmark. A wholesale company which sells furniture fittings all over Europe. He has been working the last 27 years in this company with his main focus on IBM i, Power Systems, system administration and project management. He is also the current Chairman of the board in Common Denmark, where he has been organizing events and activities over the last 10 years.

He is proud to be an IBM Champion and often says that the IBM i platform is his main hobby. He is also, probably, the only person in the world with an AS/400 tattoo on his right arm. 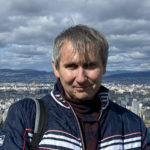 Christoph has been Vice President of COMMON Austria since 2000 and  on the COMMON Europe Board of Directors since 2008. He is a Professor of IT, teaching mainly IBM i System Management and programming at schools and Universities in Austria. He is also a freelance consultant targeting Europe & East Asia. 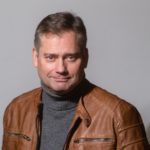 Jonathon is a professional actor, writer, drama teacher, presenter and voice coach.
He has  several film and TV credits to his name, has appeared in numerous corporate films and advertisements as well as various corporate and commercial voice overs.
He also works in the business sector as a drama-based trainer and facilitator.

He has been Executive Secretary for CE since 2018. 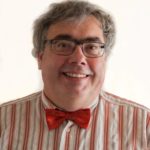 Igor is an eternal IT pilgrim who has already experienced the position of a teacher, customer and also supplier and for more than 30 years has been fully engaged in data processing and storage systems.

Nathanaël , president of Common France, is co-owner of Gaia Mini Systems, a company specialized in IBM i training and expertise.

His entire career is tied to IBM i: share knowledge, support customers, implement new solutions, modernize and allow more possibilities. It is in this spirit that he participates in Common France. 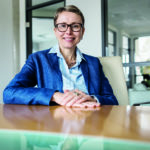 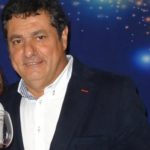 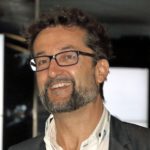 Roberto has been an RPG Developer for about 30 years, IT Manager before that, and then founder of different small companies in Italy. He has been an IBM Champion for the last three years.

His passion for AS400 before and IBM i after has always led him over the years to create services for the IBM i community in Italy: starting from a forum (Faq400.com) that has collected a community-usergroup (the Faq400 community) and finally a service company (Faq400 Srl). “I believe in i.” 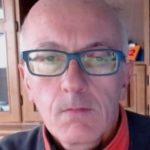 IT PAss (Italy) Vincenzo is an IT consultant with decades of experience, having started working in the sector in 1988 as an employee and subsequently, since 1998, as a freelancer.

The varied work experience has allowed him to acquire knowledge and skills both regarding “personal” information technology – in the personal computer and Microsoft ecosystem context – and in the “corporate” field – in the context of AS / 400 systems. (iSeries, Power i) from IBM.
He has not only done tasks as a programmer but over time has also worked as a database designer, network system administrator and Windows server administrator.

He is also a valued teacher (Certified EUCIP professional since 2007) and speaker at technical events. 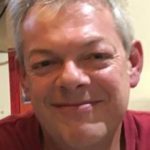 He runs all activities around production, development, security, quality and system engineering.

He has been President of Common Luxembourg since 2012. 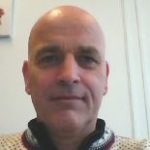 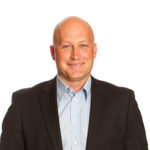 Henry is the CIO of Umoe Restaurants AS.

He is running IBM i for all business critical applications for their brands such as Burger King, Starbucks, TGI Fridays, LEON, Peppes Pizza, La Baguette and other national brands.

He has been a member of Common Norway since 1992, and Chairman of the Board since 2000.

Dmitry is the co-founder of AIX Portal (a Russian-speaking POWER Systems User Group) and works as the Head of the enterprise systems administration group at a large bank.
He is an expert on POWER Systems and AIX. His career includes support, system administration, consulting and integration services. 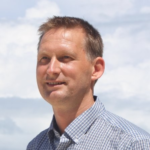 Mats has been working with IBM i (and it predecessors) since 1987 as a Programmer, Designer, Head of development, CIO and Architect. He has been part of a number of national and international projects throughout the years. Since 2018 he has been working for Apper and is helping customers to take care of their applications with the focus on using the latest IBM i technology to make their business processes as effective as possible.
He also does presentations and runs education around the platform and its technologies.

He is president of  Common Sweden/Data3,  a member of CEAC – Common Europe Advisory Council and an IBM Champion for Power Systems. 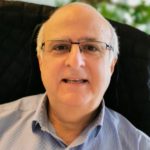 Jean-Charles is the CIO of Compagnie Financière Tradition in Lausanne and President of Common Romandie IBM User Group. He has over 30 years of deep IT strategy, management and service expertise in various leading roles.He has outstanding knowledge of IBM i technology and ecosystem, as the platform has accompanied his career from the beginning.

Jean-Charles is also a passionate guitarist and studied classical guitar at the National Conservatory of Music of Marseille. 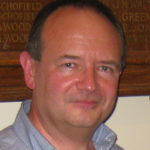 Colin is from Leeds in the UK.

He has worked on IBM systems since the days of the System/23 & System 34.
He worked as a programmer/consultant on System/36 & the IBM i (then known as AS/400, iSeries etc.) In 1989 he started his own software house specialising in bespoke development & training on IBM Midrange. He eventually sold the business and for a number of years has been semi-retired, running a property rental business.

He has been a member of the i-UG in the UK almost since the beginning in 1993 and has been The Secretary/Treasurer since 2010. He is currently i-UG’s representative on the board of Common Europe. 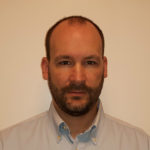 Simon spent the last 20 years with IBM in various sales roles from Client Executive in the Business Partner Channel up to being the Sales Leader for Scale Out Servers in Europe. He was the responsible Principal Offering Manager for Power Scale Out Worldwide during the Power9 launch with a focus on the non Linux business around IBM i and AIX. Right now he is driving an initiative in Europe to revitalize the ISV ecosystem for Power.