11-14 June
Common Europe Congress 2023,
in Prague, the capital of the Czech Republic,
a city known all over the world for its marvellous architecture.

A stellar agenda in preparation.

Click here to receive news of all our events and activities 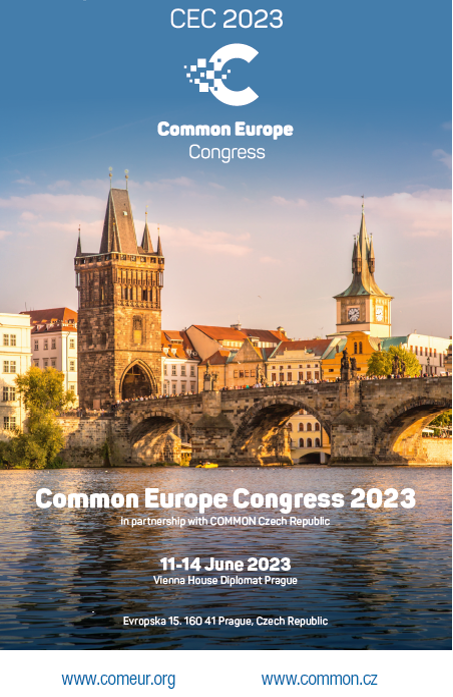 Common Europe takes this opportunity to congratulate all the IBM Champions 2023 for IBM Power in EMEA and thanks them for their involvement in the POWER community.

We Are The Champions

What a great @CommonEurope Congress 2022 in Alicante, Spain.

An IT user community

Common Europe, an IT user community of IBM based solutions, is an umbrella organization of European national IBM Power Systems™, IBM i™, AIX™, and Linux™ user groups.

The aims and purpose of Common Europe are to:

As an umbrella organisation, Common Europe is committed to support its member countries, in achieving their mission at the national level. Specifically, the umbrella organisation supports contacts with, and access to, the international level of the worldwide economy today. IT is the area that is vital to the success of nations and of individual companies alike, and should be represented internationally.

Members of Common Europe may participate in activities at thier country level and through Common Europe, at an international level. Within the country, members often need fast and easy solutions to daily problems, and where communicating in ones native language is often easier. Only a local, national structure can offer this facility. Moreover, these activities can cater to the national culture and flavour. Depending on the geography and on the economic situation, the activities offered in the various countries do vary. Large countries often organise conferences of two or more days with exhibitions and multi stream agendas, while smaller countries might prefer something smaller.

At the European level, the official language is English. Once a year, Common Europe organises an international congress in one of the member countries, and members from all countries are invited.

Common Europe is also charged with forming an advisory council consisting of a representative sample of all end user members. This council known as Common Europe Advisory Council (CEAC) is used as a forum for a dialogue with IBM on strategic and long term issues.

Common Europe also participates in an open worldwide forum, with other independent Common organziations worldwide, which can be used to bring the influence of the global community of users where necessary.

Why we love being IBM Champions and why you should become one.